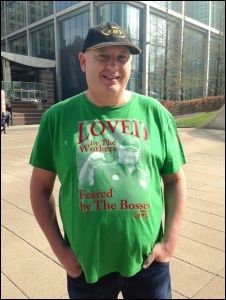 The Trade Unionist and Socialist Coalition (TUSC) has received the following message from David Wallis, Bob Crow's cousin and also a member of the RMT's London Taxi branch:

"I would just like to wish all the TUSC candidates good luck in your campaigns over the next two weeks.

"I have had lots of conversations in my London taxi discussing TUSC and it's been very reassuring that people have listened and taken away what we stand for. I hope that I have been able to turn some heads.

"Bob Crow would be proud to know that you are all fighting for a democratic socialist society run in the interests of working class people. In his words, if we don't fight we will lose every time, but if we fight we might not lose.

"The TUSC party election broadcast was fantastic and just like Bob it was to the point and touched the hearts of people living in austerity.

"I have a picture at my front door of Bob (displayed below). It's a copy of a portrait that was present at his funeral. I look at this when leaving the house every day which inspires me to be strong and fight for what we believe in. I hope the memory of Bob has the same affect for you all. I would like to wish you all the best and hope to meet some of you in the future. Let's have one last hard push for the late great Bob Crow". 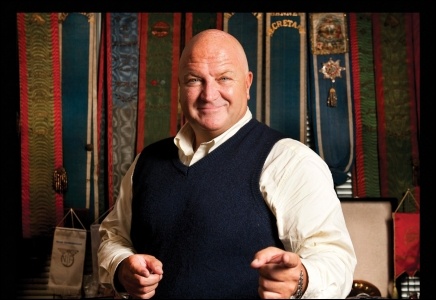