The Brighton by-election follows the resignation of the sitting Green Party councillor for the Hanover and Elm Grove ward.

The contest will be taking place against the backdrop of a dispute between the Green Party leadership of the city council and the council workforce over cuts to terms and conditions. 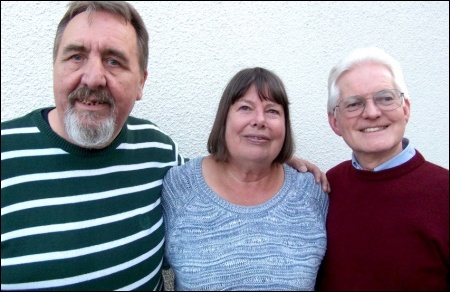 THE SOUTHAMPTON council meeting on May 15th debated a motion moved by the 'rebel councillors' Keith Morrell and Don Thomas that the council remove the threat of eviction if a tenant falls into arrears because they are unable to pay the 'Bedroom Tax' increase in their rent.

The motion was quite straightforward. It read:

"Further to the resolution of the council concerning the under-occupation penalty (so-called 'Bedroom Tax'), Southampton council further resolves not to evict any tenant who goes into rent arrears because of the 'Bedroom Tax' and calls on other local social housing providers to do the same.

The meeting was chaired by Jenny Sutton, a local University and College Union (UCU) rep who has stood for TUSC locally in previous elections and achieved creditable results.

Platform speaker Oktay Sahbaz of the Day Mer Turkish and Kurdish group that hosted the meeting, explained that austerity policies, supported by all the major parties, were unnecessary and had made the rich even richer at our expense in the period since the financial crash.

"CAN YOU guarantee that this time next year, Sure Start, local libraries, and Woolston youth centre will still be open?" Twice Carol Cunio, one of the Labour councillors for Southampton's Woolston ward, where a council by-election is taking place on June 13th, was challenged by Trade Unionist and Socialist Coalition (TUSC) candidate Sue Atkins.

The meeting was met with silence. It revealed to everyone there why electing a third anti-cuts councillor in Southampton is an urgent task for those fighting to protect jobs and services from Con-Dem cuts.

THE UKIP advance in May's local elections continued on Thursday as they took a seat from Labour in the Rawmarsh ward council by-election in Rotherham.

When this seat was contested in the 2012 borough council elections Labour won with 1,685 votes (66%) to the BNP's 531. The only other candidate was a Conservative, who polled 328 votes.

This time the UKIP candidate, who had some profile from contesting the Rotherham parliamentary seat in the 2010 general election, won with 46% of the vote, with Labour falling to 42% on only a slightly lower turnout. The BNP collapsed from 531 (21%) to 80 votes.

RETIRED CONSTRUCTION worker George Tapp, who has stood as a Trade Unionist and Socialist Coalition (TUSC) candidate in council elections in Salford, has been hospitalized after being deliberately knocked down by a car as he took part in a protest against blacklisting at Manchester City football ground on Wednesday.

The 64-year-old sustained two broken legs and a fractured knee cap, and is now recovering at Manchester Royal Infirmary hospital.

Witnesses say the car drove deliberately and at speed into a crowd of protesters who were leafleting at the BAM construction site.