Unison members fighting for public services by standing for TUSC

Below a few of the 75 members of UNISON, Britain's biggest public sector union, who are standing for the Trade Unionist and Socialist Coalition (TUSC) in tomorrow's council elections, explain why they have decided to do so. The TUSC candidates include two members of the UNISON national executive. All UNISON members are standing for TUSC in a personal capacity. 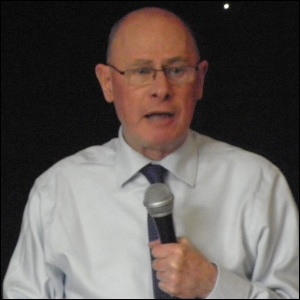 "I sit on UNISON's National Executive Council, and am branch secretary of the Knowsley branch in the North West Region. As a public sector trade union activist I see the horrendous effects of ConDem cuts on people's lives, through job cuts, redundancies and cuts in pay and conditions of service. Unfortunately Labour councils do nothing to oppose these cuts, and even victimise Labour councillors who vote against them! It is therefore clear that working people need a new political voice, which is why I support TUSC".

"I am standing for TUSC in Kidderminster. I was asked to stand in local ward by a friend who is standing in another ward. I felt impelled to do this because of the injustice public sector workers such as myself are currently experiencing. I also feel strongly about how society has become unfair and primed for the few not many. I am employed by Worcestershire County Council (WCC) and am a member of Unison. However I feel let down by my union because there has been little resistance from the main unions against the policies of austerity and the unfairness it has created, particularly in the Tory-led WCC. I am also angry about the commissioning and outsourcing of services by WCC and how it has made many employees feel worthless and unvalued. In summary this is my own protest against everything I feel is wrong with the country right now and in particular Worcestershire". 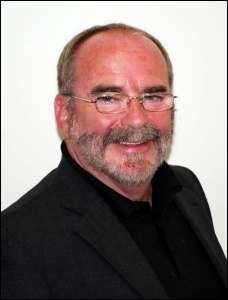 "I'm sure you will understand that we are incredibly disappointed with this situation...' That's how Carol Boys, Chair of the Boveridge House School, concluded her letter to me and around 50 other staff at the school making us redundant at the end of April. About 35 of the staff had only joined in October. How does it come about that 50 people end up sitting in a room in total shock as the chief executive tells us the school is in trouble and our jobs are not secure two weeks after we've been told there was nothing to lose sleep over? Simple - you place the education and care of disabled children in the hand of a private trust which then closes down the school. Now 20 disabled children must rely on their local authorities to find them alternative education and accommodation.

"Notice it's the public sector, as always, who has to pick up the pieces. What I have just described would never have happened if those children were in the care of public services. The private and trust-based sector is a menace to the safety of our children and the health and education of our nation. Keep it public for all our sakes. That is why I am standing for TUSC".

"We have seen cruel relentless attacks like bedroom tax benefit caps and sanctions on the most vulnerable in society which have left people living well below the poverty line; not able to even get enough food. Meanwhile the rich have continued to get richer by 15% in the last year. The difference in life expectancy between rich and poor is 25 years. Cuts and privatisation to health and social care children and family services have left services unable to cope. The Labour council and the union leadership stood by and watched - worse, they implemented the policies! I am standing as a TUSC candidate to fight to defend our people and communities and for a socialist party. I am a Unison branch activist and health worker".

"I have been involved in leading many campaigns to defend public services, including successful campaigns to defend local schools and colleges from closure. I was involved with the setting up of the Surrey Libraries Action Movement (SLAM) which fought to keep paid staff in libraries. Since the autumn of last year I have been working with community groups, trade unions and residents associations through Save our Services in Surrey to try to stop the cuts in local fire services. Standing for TUSC was the obvious next step". 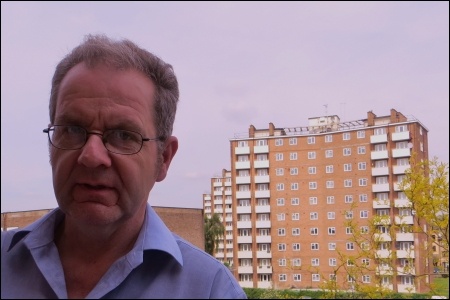 "I am a housing worker and a newly-elected workplace rep. Eleven out of 13 staff members at my workplace are now UNISON members. I have been a council tenant for seventeen years, a tenant campaigner for fifteen years, and the Secretary of Haringey Defend Council Housing since 2002.

"I am standing in this election because Haringey Labour Council is planning to demolish thousands of council homes, aiming to gentrify Tottenham by pricing local people out of the area. 1,300 council homes in Northumberland Park Ward are set for demolition. This is a cynical betrayal of local people, by a Labour council that is doing the Tories' dirty work for them.

"Large tenants' meetings have been held to oppose the demolition plans. We want to use the election campaign to galvanise opposition to these demolitions, after the voting in over; and so housing campaigners will be lobbying the very first meeting of the new council on 9th June". 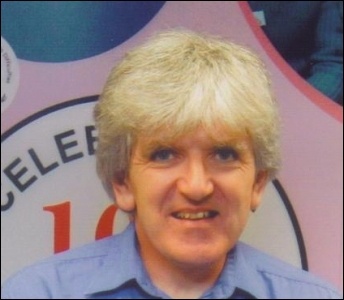 "I am standing because the welfare state is being dismantled by ConDem austerity cuts, which are being rubber-stamped by Labour councils in both Haringey and Enfield. Over 20% of the Haringey workforce has been cut under austerity since 2011, and services have been cut, privatised or closed down. Every other party is pledging to continue these cuts after these elections, except TUSC. As London councils only elect once every four years, if we're not going to stand against the cuts now - when are we?"

"I am standing for TUSC because Derby Labour council is making a further Â£81 million pounds worth of cuts over next three years. TUSC are the only ones opposing the cuts and who argue for a needs budget".